Because you care, a Trishaw Story. 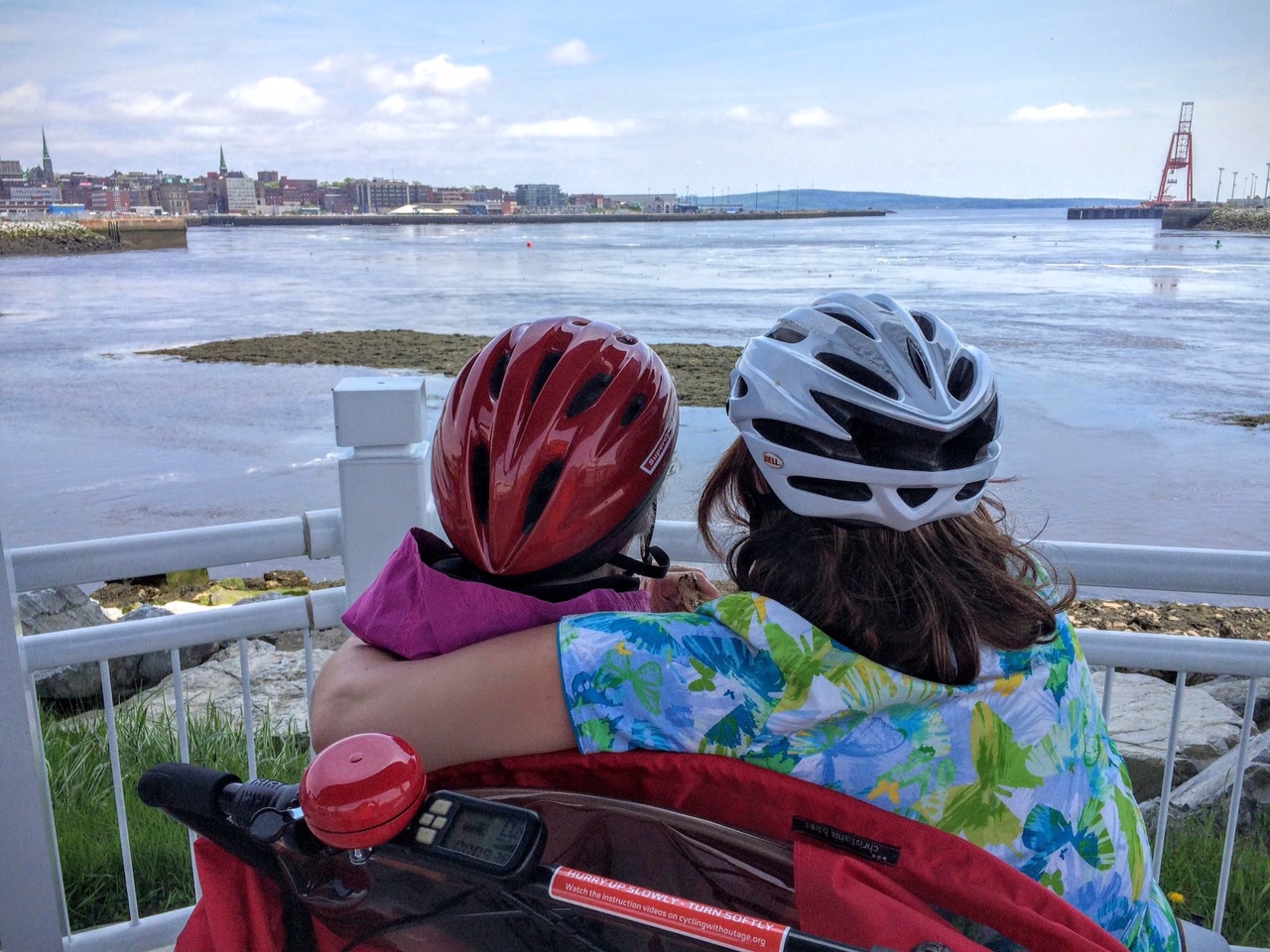 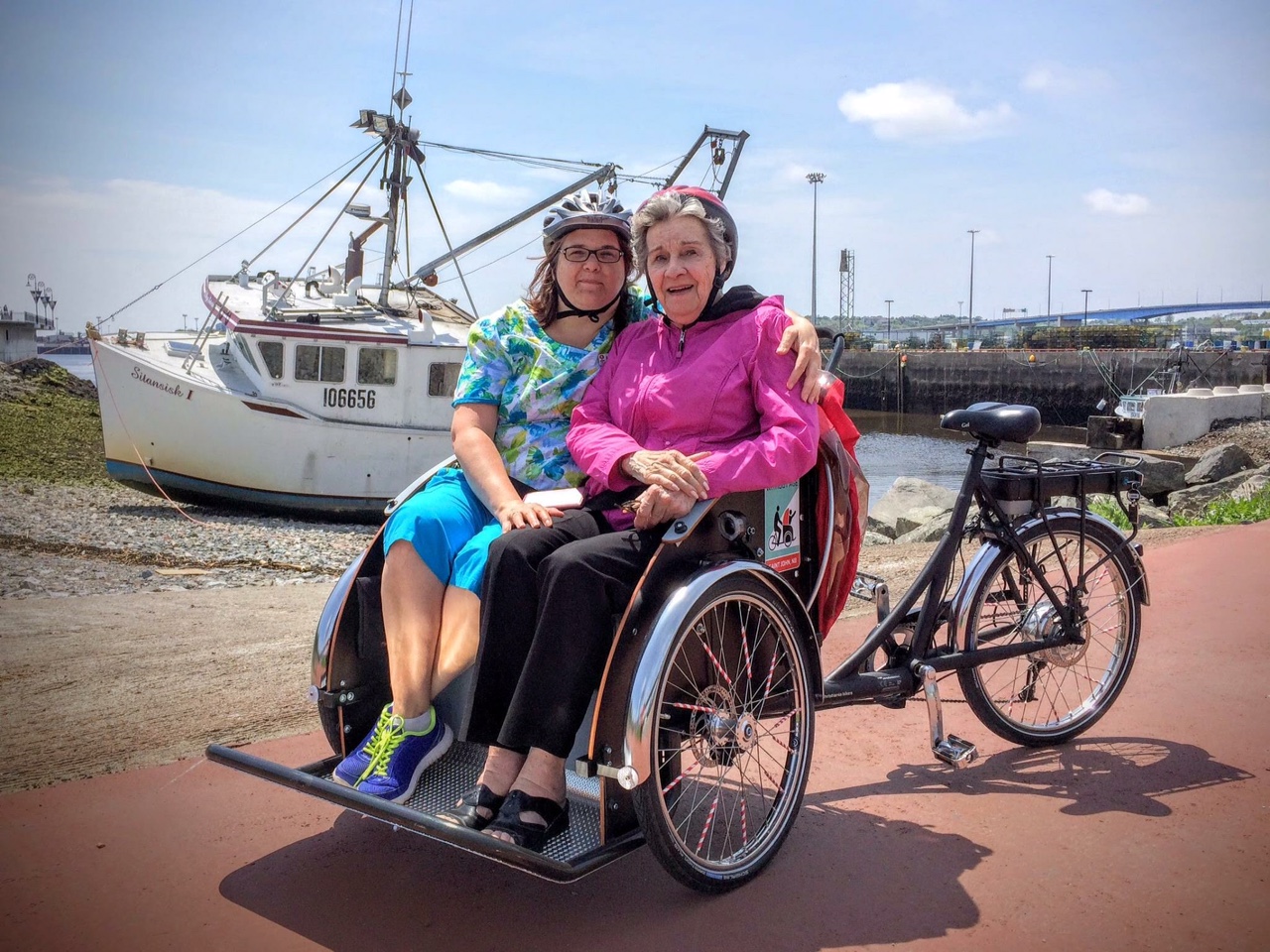 When you donate, it has an amazing impact on the lives of our friends, family and neighbors who rely on Loch Lomond Villa. Meet a resident, family member, volunteer and staff who have benefited from your generosity.

It was one of those spring days that we cross our fingers for all winter long. When the sun breaks free from its prison of fog and shines down on every inch of the city. Heidi Hooten-Garland decided to take full advantage of Mother Nature’s lenience and take her mother, a resident of Loch Lomond Villa, out on the Cycling without Age trishaw. It was a gamble – she didn’t know if her mother would be willing, or how it’d work, or if it’d make her too anxious. These days, there was a laundry list of stressors in Maxine’s life; from being in Heidi’s home to long walks outdoors to car rides. She was at war with her dementia, fighting every day to remain herself. She was an active woman in her past; she enjoyed biking in rain or snow, but as she grew older, this was an activity that she had to forgo. Cycling without Age was able to bring that back to her.

After a quick argument about having to wear a helmet – “I’m not putting that thing on, it’s going to mess up my hair” – Heidi and volunteer Holly had her buckled up and ready to go. They went quite a distance, beginning at the Villa and travelling through the city until they were on the verge of the West side, before looping back to the nursing home. Maxine exclaimed that it felt “just like being with my grandmother in the buggy,” recalling further back than her mind usually allowed her. She was able to see familiar sights from a new perspective, absolutely revering in the changes that had been made to Tincan Beach, where she used to swim in adolescence. It was with great joy that she shared with Heidi and Holly that she used to jump from the highest rocks into the water. Though they were out for over two hours, Maxine’s anxiety was kept at bay, and instead was replaced with peacefulness and serenity. She was in pure bliss, wearing a grin from ear to ear. It was comforting for Heidi to see her this way, watching her mother reconnect with nature in a way she thought she never would again. She was carefree for the first time in too long.

“It was the happiest I have seen her since my father got sick and passed away,” Heidi shares. “Even the sunburn she got was refreshing!”

That afternoon, we were able to give something back to a resident – the wind in her hair. And each resident who escapes on the trishaw is left with a feeling of pure elation, but it doesn’t stop there. A connection forms between volunteer and resident like none other. The families benefit from this program as well, because it’s an innovative way to connect with their loved one and watch them experience a new joy. Families get to embark on this adventure together, as they see the sights of the city in a new light. Our participation in this program has yielded nothing but the most positive of results and every senior should have the opportunity to feel the wind in their hair once more. This is the story of one life that was touched by the Cycling without Age initiative and a second trishaw would only maximize the number of human beings who can experience this delightful new journey.